The main thing I'd like you to think about is if you have any verbs or phrases you've tried in TQ and were surprised weren't understood. If you can think of any that really should be understood, please let me know through this form:

Next, let's have a quick discussion about the recent poll and how it will affect my decisions. Firstly, please bear in mind that I already have my own opinions on balance and a player poll is jsut to see how well my view aligns with the general populus. Secondly, if 50% of people say they're happy with something, that's not good enough in my books! I'm not going to draw the conclusion that it doesn't need changing in some way. So without further adieu, let's look at the poll results:

Finally, some observations from the silly questions: 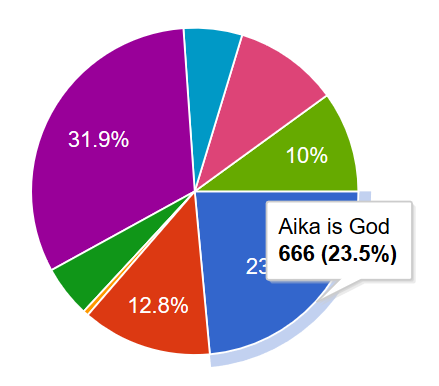 And finally, here are some of my favourites from custom answers given to the religion question: