While we wait for me to polish the latest version (I'm 90% sure it'll be tomorrow!), let's chat about what I have been working non-stop on for the last month! 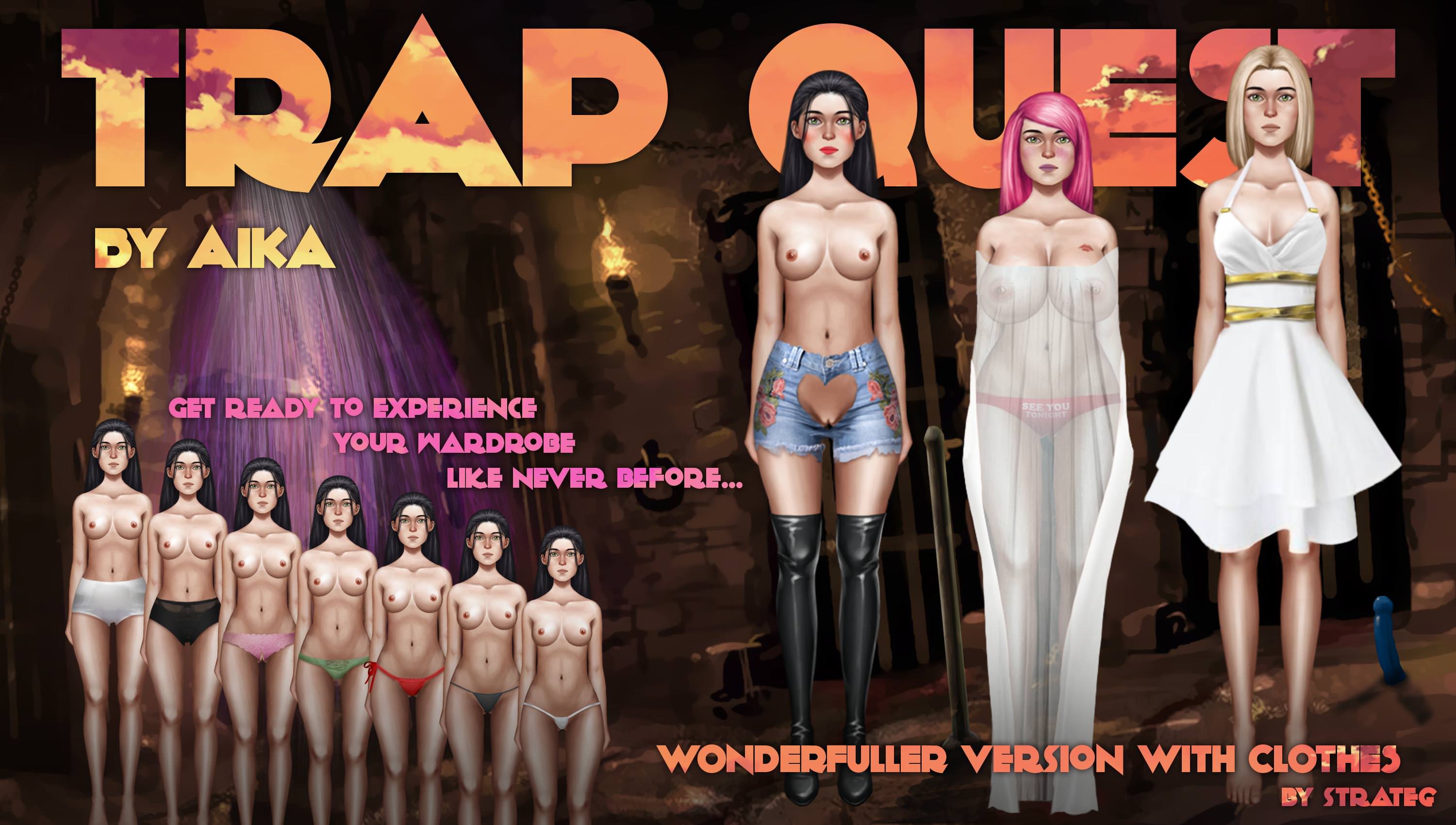 I'm finally ready to announce that in partnership with a Russian artist called Strateg, the Wonderfuller window is going to get a full wardrobe. This is costing me an arm and a leg, but thanks to your overwhelming support on Patreon we've been able to make this possible! The plan is for every single item to appear in the window. This means we need to make and implement a custom set of composite images for each item in the game. Not only does it take Strateg time to draw but it also takes me a lot of time to code, which is why this next new version may seem lighter on content than usual. So far, Strateg has completed all the current underwear in the game. I believe he's working on main outfits next.

There's a bit of sacrifice that goes with the clothing, though - instead of breast, belly and hip size on the window changing image with every single unit of change in the game, they change once every few units instead. Here's an image explaining what we mean: 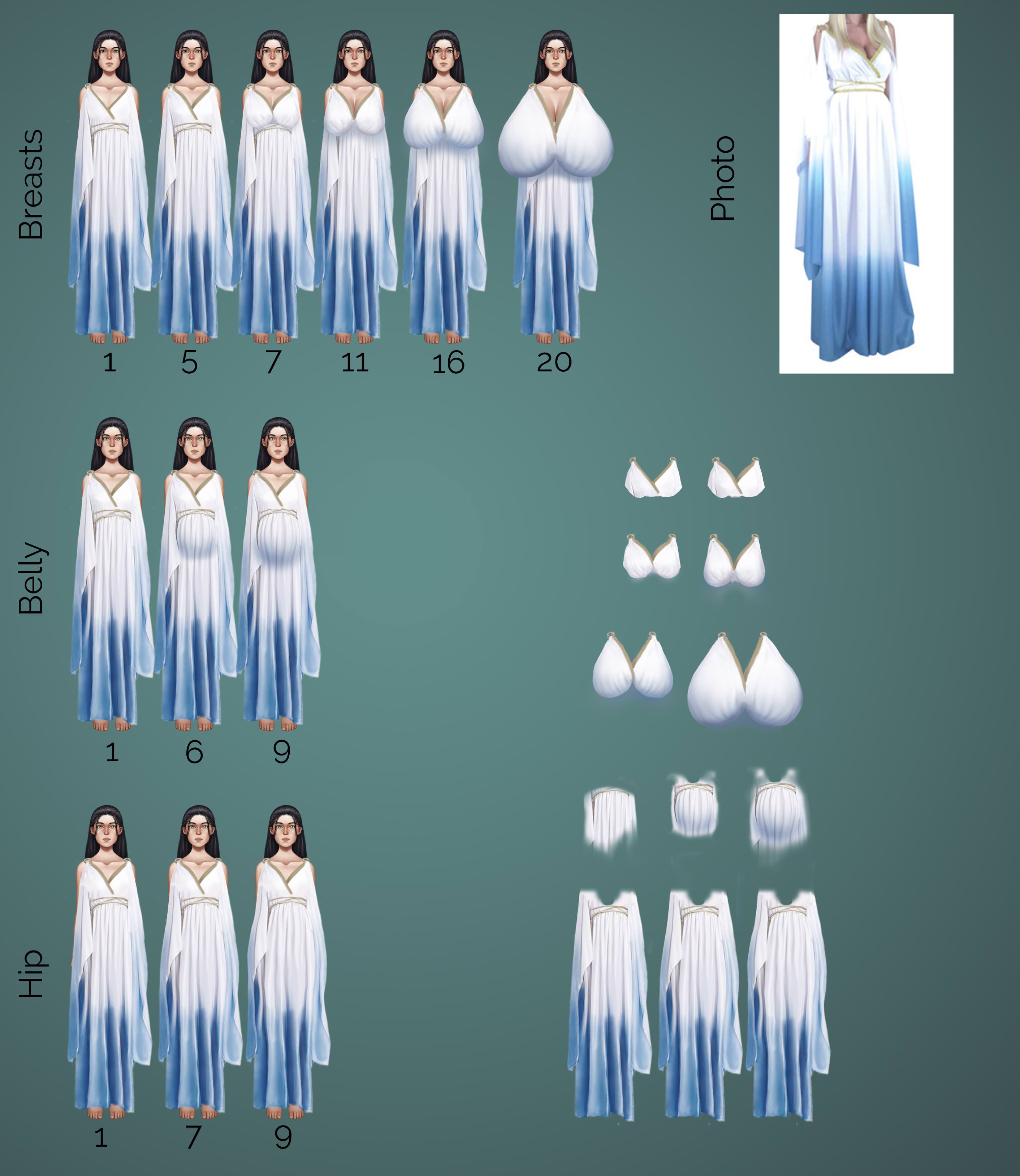 Currently this preview of clothing (i.e. the underwear on the Wonderfuller model) will be available to alpha tester patrons, and it'll remain in this state until it is almost complete, which will probably take 6 to 12 months. Then beta testers will get access for a month or three while we complete the finishing touches and deal with layering bugs.